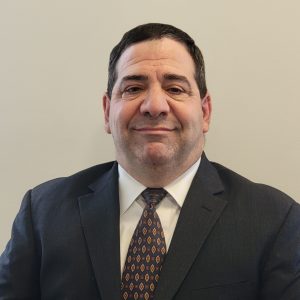 In 1985, Joe graduated from the University of Notre Dame with Honors and received a Bachelor of Science Degree in Electrical Engineering.  At Notre Dame, Joe was head of the Knights of Columbus Council. From 1985-87, Joe worked for the General Electric Company in the automation and air craft engine fields. He completed GE’s two-year Manufacturing Management Program and then went on to law school. In 1988, he began working in the intellectual property law field for the United States International Trade Commission and then for Fish & Neave in New York City.  In 1990, Joe graduated from NYU Law School, where he was on NYU’s Journal of International Law and Politics and served as its Developments Editor.

From 1990-91, Joe clerked for the Honorable Alan D. Lourie at the United States Court of Appeals for the Federal Circuit. In 1991, he received USPTO Patent Practitioner Registration No. 34,695 and was admitted to the New York State Bar. After his clerkship, Joe went to practice law at the USPTO Solicitor’s Office, where he orally argued 50 Federal Circuit appeals and drafted 88 Federal Circuit briefs for the USPTO. He was also co-counsel in 66 additional Federal Circuit appeals. During his twenty-nine years as a USPTO attorney, Joe won scores of appeals, including such significant appeals as In re Schreiber (1997 patent prosecution case cited innumerable times), In re Watts (USPTO achieving its long-sought victory on the legal doctrine of waiver), Zumbiel v. Kappos (a complicated inter partes patent reexamination appeal where Joe successfully argued both the patentability of certain claims and the unpatentability of other claims), and Shimano v. Rea (a complex inter partes patent reexamination appeal where Joe successfully defended the PTAB as to both its patentability and unpatentability determinations which centered on claim construction and written description).

Joe won 12 of his last 13 argued appeals. He also worked on approximately 90 district court civil actions involving the USPTO.  Joe had numerous appellate and district court victories for the USPTO.  In addition to the foregoing, Joe worked on multiple Supreme Court cases, including Holmes v. Vornado (2002), MedImmune v. Genentech (2007), and SAS Institute v. Iancu (2018). Inside the USPTO, he worked on various parts of the MPEP, Federal Register notices, and other matters internal to the government. During his tenure at the USPTO, Joe received an Exceptional Career Award and a Bronze Medal Award.

At DBJG, Joe focuses on handling appeals from USPTO examiners to the PTAB.  In view of his thirty-year federal government career, focusing largely on appellate work, Joe is in a very strong position to analyze patent prosecution records to assess the viability of appealing examiner final rejections to the PTAB.  He can readily draft compelling appellate briefs and then persuasively argue such appeals.  He could also handle subsequent appeals.  Joe plans on speaking publicly on appealing to the PTAB and hopes to meet as many patent practitioners and inventors as he can, along the way.  Additionally, Joe will continue to be a litigator, as he was during his thirty-year federal government career.

Joe is admitted to the Supreme Court, Federal Circuit, USPTO and State of New York.