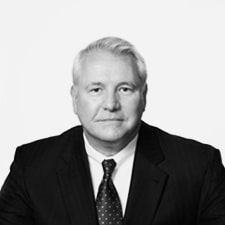 James D. Berquist (“Jay”) graduated from the University of Missouri with a B.S. in Mechanical Engineering in May 1985. While in school, Jay worked as a Cooperative Engineer for the Union Electric Company in St. Louis, Missouri, at their Callaway Nuclear Power facility. After graduation, Jay worked for General Dynamics in their Fort Worth aerospace defense group, specializing in the field of advanced aircraft development. Jay worked for General Dynamics from May 1985 until his departure for law school in August 1986. While still a law student, Jay worked as a law clerk at the trial firm of Carson, Coil, Riley, McMillian, Levine and Veit in Jefferson City, Missouri.

Following graduation from the University of Missouri-Columbia School of Law in May 1989, Jay became an associate, and later partner, in the Washington D.C. intellectual property law firm of Cushman, Darby &amp; Cushman. Upon the merger of Cushman and Pillsbury in 1996, Jay became a partner in the law firm of Pillsbury Madison & Sutro (now Pillsbury Winthrop). While at the Cushman/Pillsbury firm, Jay worked on, and was lead attorney in, a number of patent infringement cases.

Jay also lectured at various CLE Seminars on the subject of patent litigation and patent damages.

In June 1997, Jay joined the law firm of Nixon & Vanderhye in Arlington, Virginia, and worked there as a partner until April 2003. While at Nixon, Jay led numerous trial teams in patent cases involving a wide variety of technologies and cases involving claims of unfair competition, anti-trust, and the theft of trade secrets. Among other matters, Jay brought an end to industry-wide infringement of a client’s key patent directed to pressure seal technologies and business forms.

On April 1, 2003, Jay was a founding member of Davidson Berquist Jackson & Gowdey LLP in Arlington, Virginia. Since forming Davidson Berquist, Jay has continued his litigation practice and is currently handling several patent infringement actions pending in Federal Courts around the country.

Jay is a member of the bars of Missouri and Virginia. Jay is also admitted practice before the Patent Office, the Court of Appeals for the Federal Circuit, and the Supreme Court of the United States.